Shopping Cart
Your Cart is Empty
Quantity:
Subtotal
Taxes
Shipping
Total
There was an error with PayPalClick here to try again

Thank you for your business!You should be receiving an order confirmation from Paypal shortly.Exit Shopping Cart

To register for the Super Career Expo and Youth Career Night, please scroll down below!

Please follow us on social media for information about future events!

Published author of more than 100 books, speaker, professor and world-renowned scholar of African-America politics are just a few of the many hats Dr. Walters donned during his lifetime.

His activism began in his youth in Kansas as an NAACP Youth Council President. He was a professor at Howard, Brandeis, Syracuse, and Princeton universities, to name a few.

He was the campaign manager and consultant for Rev. Jesse L. Jackson's presidential campaign. He was a sought out political commentator on CNN, Nightline and many other media outlets.

He was a supporter, and served on the Advisory Board, of the Freedom Institute from its inception until his passing in 2010. In 2011, we posthumously named our National Town Hall meeting in his honor with the blessing of his widow, Patricia Ann Walters, on hand.

Education is the most powerful weapon which you can use to change the world!

Education is the passport to the future, for tomorrow belongs to those who prepare for it today. 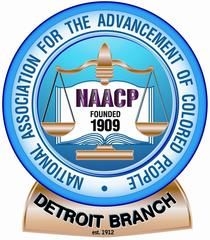